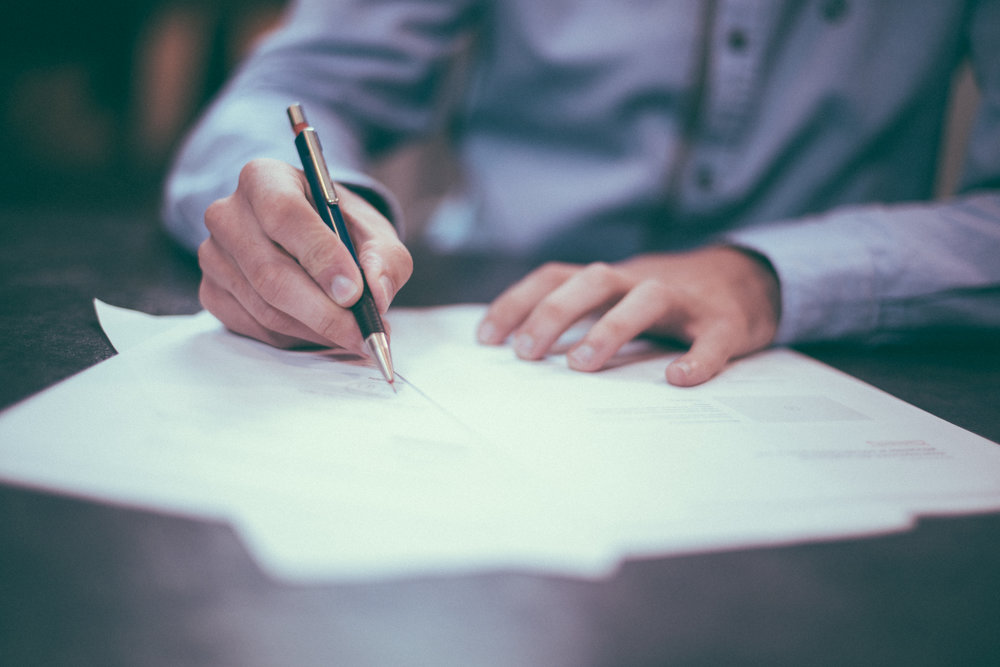 Fundamentals of Buying a Car in America: Transfer of Ownership

If you're a tourist, a student, or on business, buying a car (or a van or an RV or a motorcycle) in America as an international visitor can be confusing. Buying, registering, and insuring a vehicle in America is not at all straightforward if you don't live here or have just moved. That's why we're putting together this series, called Fundamentals of Buying a Car in America, to help de-mystify the subject. This article focuses on the fundamental of ownership transfer.

If you're a tourist, a student, or on business, buying a car (or a van or an RV or a motorcycle) in America as an international visitor can be confusing.  Buying, registering, and insuring a vehicle in America is not at all straightforward if you don't live here or have just moved.

That's why we're putting together this series, called Fundamentals of Buying a Car in America, to help de-mystify the subject.

Everything that follows is generally applicable to all vehicles in the United States, with a few exceptions (mopeds, snowmobiles, all-terrain vehicles/off-highway vehicles, etc.).

STARTING WITH THE GOAL IN MIND: OWNING THE VEHICLE

It's usually easiest to define what it is that we want, then work backwards from there.

So let's start with the goal of the purchase: to legally own the vehicle.

You legally own a vehicle when

If you can't take possession of the title, your agent can.  This should be someone you can trust, such as a family member, a close friend, or someone you've hired (such as a licensed and bonded broker).

Notice that you don't legally own the vehicle when someone hands you the keys, when you shake hands, or even when you sign an agreement to buy the car.  Those factors all suggest moving towards a legal transfer, but they do not, by themselves, mean you own the car.  The seller must provide you or your agent the properly assigned title for it to belong to you.

So, what is a title, and how can one be properly assigned to you?

In the US, a certificate of title (title for short) is a legal form, establishing an individual or a company as the legal owner of the vehicle.

The title by itself does not permit the owner to drive the vehicle on public roads.  Registration, which is a separate process and document from the title, allows the vehicle to be driven on public roads.  This differs from many countries, whose ownership and registration documents are one and the same (v5c in the UK, the Rego in Australia, etc.).  We'll dig into vehicle registration in a future Fundamentals post.

The States, not the federal government, are responsible for vehicle administration, including titles.  So each of the 50 United States, plus Washington DC, issue their own.  They all have reciprocal agreements with each other, so all 51 titles can be brought to any other state for sale, gift, or any other type of legal transfer.  Every state's vehicle can be registered by every other state's DMV.  It's pretty common for a car to have been titled to many states throughout its life.

So let's look at a few more examples of titles.

You'll notice a couple things right away.  First, they look very different from state to state, but second, they contain mostly the same information, including:

A vehicle title is branded when a vehicle owner or insurer writes the value off as a total loss, typically because the cost to repair the vehicle exceeds the value of the vehicle.

Transferring the vehicle to another party will not remove the brand - the authorities will brand every subsequent title issued for that vehicle until it has been destroyed.

A vehicle with a Salvaged brand has been written off as a total loss, then rebuilt.  Insurance companies will usually decline to write property damage (first party) insurance on Salvaged vehicles, as prior repairs may fail catastrophically in the event of an accident.

Ok, now that we know what American vehicle titles look like, how does someone assign their title to you?

Just as every state (plus Washington, D.C.) has its own titles, each has its own process for assigning (or transferring) a vehicle to someone else.  However, the requirements are similar across states.

If you buy a vehicle from a dealer, you may find that your title has been reassigned multiple times.  This is due to the nature of the car business, and it’s ok.

A new title is only issued after registration, and since dealers don't typically register vehicles in their own names, these dealer-to-dealer transactions are usually recorded in the title's reassignment section.

In other words, the title should reflect a clear chain of ownership, with each owner properly assigning it to the next.  Any break in the chain could prevent you from perfecting title to the vehicle (i.e., having a new title issued listing you as the owner).

A power of attorney is a written authorization to act on another's behalf within a specified scope (e.g., a business matter, an estate settlement, a vehicle transfer).

A notary must witness the signature of the person giving authorization for the power of attorney document to be valid.

Power of attorney documents are quite common in vehicle transactions, especially when dealerships are involved.  The dealer quite frequently needs to act on behalf of the person who traded in their car, in order to transfer it to the next owner.

Often a dealer will sign a title “John Doe by Darryl Carsalesman, POA".  If any of the assignments on the title are made with via a POA, the signed, notarized POA must accompany the title.  A missing POA could prevent you from perfecting title (i.e., having a new title issued listing you as the owner).

Because titles involve pieces of paper and ink, sometimes mistakes happen.  The seller may spell your name wrong, or write the wrong address in the transferee section - there are a number of ways to bungle this.

All titles say something to the effect of "Cross outs, white outs, or other alterations may void this title."

If an error does occur in the assignment process, it's not the end of the world.  Each state has its own process and forms for correcting title errors - it usually involves a written statement, signed by the person who committed the error, explaining what happened.

A properly assigned title (with accompanying POA's, if applicable) is called a "negotiable title," which means it belongs to

So it's important to be careful with an assigned title with a blank buyer's/transferee's section.  If you lose it, someone else could transfer the vehicle into their own name without too much trouble.

Therefore, It's usually a good idea to ask the buyer to write your name in the buyer's section of the title (or write it in yourself).

If you are buying a car for export, for instance, and don't have an address in the United States, listing just your name on the title (no address) is usually sufficient evidence of ownership, when accompanied by a bill of sale (more on that in a future post).

If you do have an address in the United States, having the buyer list your address on the title as well will clarify ownership if the title falls into the hands of someone with your same name.

This is the magic moment we’ve been waiting for.

We have met our goal of ownership transfer are 1) in possession of the title, and 2) the title has been properly assigned.  (And as a security measure, you are named as the buyer.)  You are now the legal owner of the car.

In this post, we discussed how vehicle ownership passes from one person to another in the US.  In short, once the properly assigned title passes into your possession, it's yours.  The details, however, matter quite a bit.

visitor.us are the experts in helping international visitors buy vehicles in America.  We know the details, inside and out.