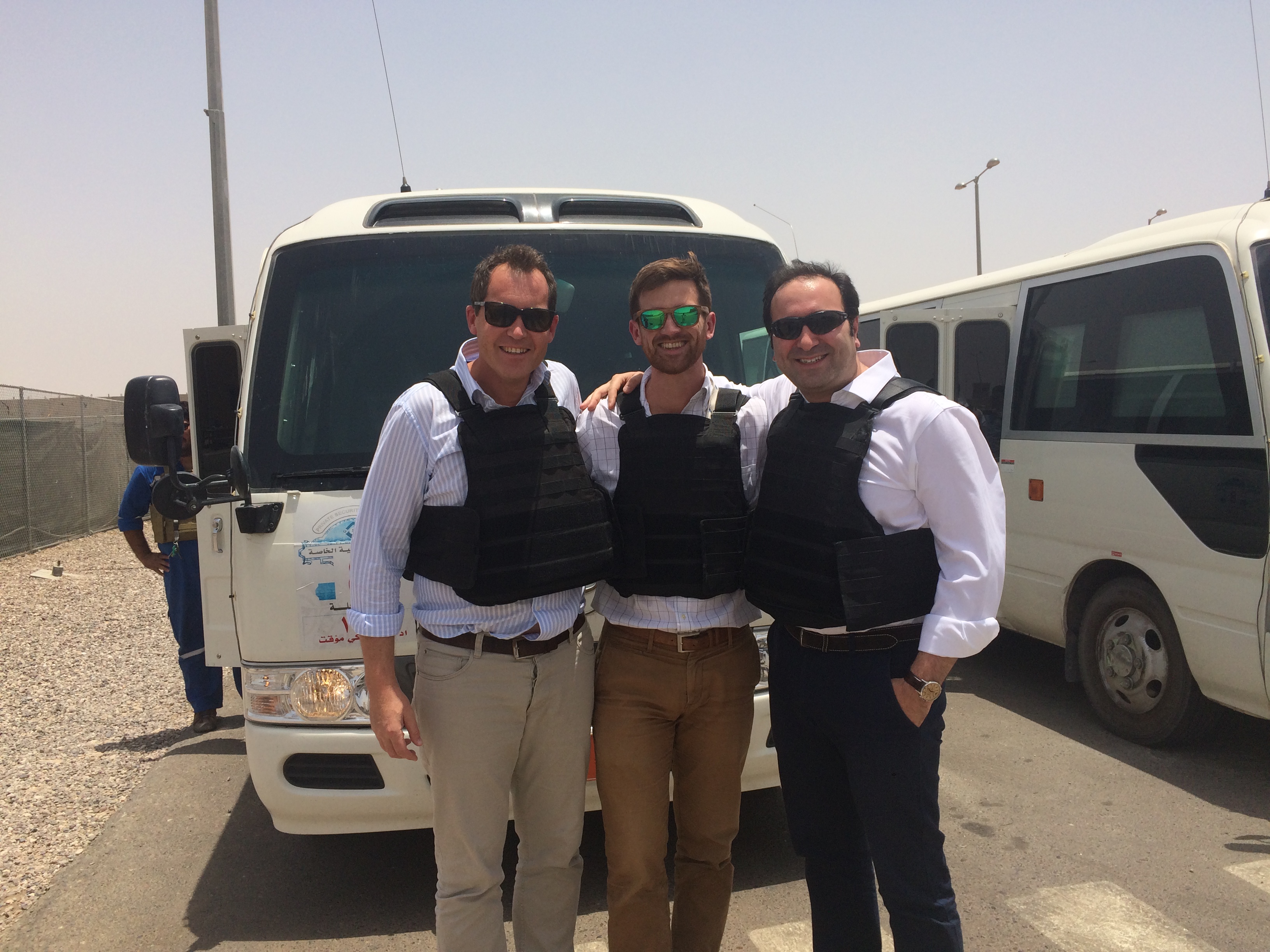 I left Iraq for the last time four years ago. I can sum up my three years working there in one word: Friction.

Reposted from LinkedIn.  The original article can be read here.

I left Iraq for the last time four years ago.
‍
I can sum up my three years working there in one word: Friction.

The safety and logistical challenges associated with working in that environment quickly turned simple tasks into complex projects.

I've always struggled to express to my Western friends and colleagues what it's like to work and live in a friction-filled environment.

People working in the West: "Man, the internet is so slow in my office. What a disaster!"

People working in Iraq: "Two cables feed Iraq's internet: one coming in the North, and one coming in through the Persian Gulf. When ISIS took over Northern Iraq in 2014, they cut the North cable. Not long after, someone dragged an anchor across the one coming from the Gulf and cut it, too."

People working in the West: "We finished the civil engineering on that project in record time!"

People working in Iraq: "We found a larger than expected amount of explosive remnants of war (unexploded bombs, rockets, grenades, etc.) on the project site, which delayed groundbreaking by two months."

People working in the West: "I'm really struggling to get key stakeholder alignment on this important initiative at work."

People working in Iraq: "We got buy-in from a key Iraqi stakeholder to align staff schedules with maintenance needs. But then someone bombed his car at his home last night because of the change, so he's no longer on board."

All of this friction made it incredibly difficult to get anything done in Iraq.

We, the expat workers in Iraq, were lucky - we got to fly back to Dubai every weekend. Our Iraqi friends and colleagues have not only worked, but lived, this way. For decades.

I never thought I'd be able to explain to my friends who have never lived outside of the West just how friction-free our lives are.

When going to the supermarket is a mission, when visiting with customers face-to-face is impossible, when rambunctious kids hamstring productivity, then we get a glimpse into just how smooth and easy our lives actually were before Covid.

Working in Iraq gave me an incredible insight: we're only good at skating because the ice is frozen.

We're only able to do what we do (and do it well) because the lack of friction enables and empowers us. But we don't realize friction even exists in the world until our ice turns to slush, and then water.

In other words, our success is not entirely our own. We may feel like we're crushing it, but our achievements are only possible because quick grocery store trips, easy face-to-face meetings, and turnkey daycare (to name a few of our myriad conveniences) froze our ice.

Learning Adaptation from the Masters

But having lived through decades of friction, my Iraqi friends know something that my Western friends are just now learning...

Human ingenuity finds solutions, even when the ice begins to melt.

For instance, the facilities where we worked (Khor al-Zubair) had two units massive gas processing units. (Think: refineries, but for gas.) These two units supplied gas for electricity generation and propane/butane for bottles (commonly used in Iraqi homes and businesses) for about 1/3rd of Iraq's 40 million people.

The near-total trade embargo after the 1990 Kuwait War cut off access to spare parts for those units.

The Iraqis responsible for keeping those units running nursed them through the sanctions period that lasted until 2003.

When the spares ran out, they shut down one of the units and cannibalized it for parts, because one unit that runs is better than two that don't.

They kept the good unit running through the invasion, occupation, and civil war, when the country's future was uncertain.

They kept the good unit running when ISIS took over Northern Iraq and commandeered the northern gas supply, making the good unit more critical than ever.

So my Iraqi friends have known for a very long time that from friction, comes adaptation.

We, Westerners of a certain age, have only recently begun to understand how it feels to live in a friction-filled world.

I'm excited to see how we adapt.