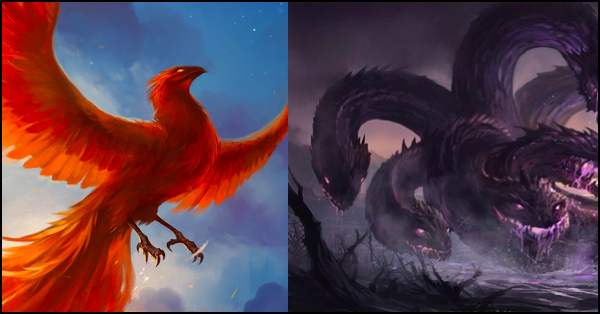 Covid-19: Is Mankind the Phoenix or the Hydra?

Covid-19 has turned the world upside down in a few short weeks. As the epidemic spread, I dusted off my copy of Nassim Nicholas Taleb's 2012 book, Antifragile: Things That Gain from Disorder. In Antifragile, Taleb uses the following analogy to introduce the concept of "anti-fragility..."

Covid-19 has turned the world upside down in a few short weeks.

As the epidemic spread, I dusted off my copy of Nassim Nicholas Taleb's 2012 book, Antifragile: Things That Gain from Disorder.

Taleb wrote the book in the aftermath of the 2008 Financial Crisis, in which the global financial system was fragile to a shock in the housing market - but the book's ideas are strikingly applicable to the Covid-19 outbreak today.

In Antifragile, Taleb uses the following analogy to introduce the concept of "anti-fragility:"

The Roman myth of the Sword of Damocles describes a fragile situation: a single horse hair suspends a sword over Damocles' head - shocks will have catastrophic results.

The legend of the Phoenix describes a mythical bird that rises from the ashes after its destruction. The phoenix is robust because it returns to its original state after a shock.

The myth of the Hydra describes a multi-headed serpent with a special power: each time a head is cut off, two grow back in its place. The Hydra is antifragile because shocks make it stronger.

Which one are we?

Tragically, many people will die as a result of the current Covid-19 outbreak. However, I am confident that mankind will not play the part of Damocles in this story - this shock will not destroy us.

Do we simply regenerate to our pre-Covid selves? Or do we emerge to the shock in a stronger form?

I, like many people, was buoyed by Bill Gates' TED Talk on Covid-19 last week. If you haven't seen it, go watch it.

But an idea in another TED Talk in the series has stayed with me.

At 0:26:00 in the video below, Gary Liu, CEO of the South China Morning Post, describes the protocols that Hong Kong followed after the SARS outbreak in that city in 2003:

While the 2003 SARS outbreak (774 deaths) was orders of magnitude smaller than the Covid-19 outbreak, Hong Kong's deaths amounted to a whopping 39% of the global total.

The social memory of that outbreak created an indelible mark on Hong Kong society: epidemics are part of every organization's preparedness plan. Just as we in the West have fire, flood, and earthquake contingency plans, Hong Kong companies, organizations, and families have an epidemic contingency plan. Shutting down an office and moving everyone to work from home, for instance, doesn't take a monumental effort: Hong Kong has a playbook for that.

Later in the video (around 0:50:00), Gary calls the SARS outbreak a "Social Inoculation," that has helped Hong Kong tackle the Covid-19 epidemic - and that idea has stuck with me.

Nassim Nicholas Taleb spends a chapter discussing the antifragility of living organisms. The small harm of a vaccine creates a hydra-like response in the body: we grow stronger in response to the shock.

As horrible as the Covid-19 epidemic may turn out, I am optimistic that the social memory of it will inoculate us against the shock of the next epidemic.